Lumbinī is a Buddhist pilgrimage site in the Rupandehi district of Nepal. It is the place where Queen Mayadevi gave birth to Siddhartha Gautama, who as the Buddha Gautama founded the Buddhist tradition. The Buddha lived between roughly 563 and 483 BCE. Lumbini is one of four magnets for pilgrimage that sprang up in places pivotal to the life of the Buddha, the others being at Kushinagar, Bodh Gaya and Sarnath.
Lumbini was where the Buddha lived until the age of 29. Lumbini has a number of temples, including the Mayadevi temple, and others under construction. Also located here is the Puskarini or Holy Pond where the Buddha's mother took the ritual dip prior to his birth and where he, too, had his first bath, as well as the remains of Kapilvastu palace. At other sites near Lumbini, earlier Buddhas were, according to tradition, born, achieved ultimate awakening and finally relinquished earthly form.

In the Buddha's time, Lumbini was situated between Kapilavastu and Devadaha. It was there that the Buddha was born. A pillar now marks the spot of Asoka's visit to Lumbiní. According to an inscription on the pillar, it was placed there by the people then in charge of the park to commemorate Asoka's visit and gifts. The park was previously known as Rummindei, two miles north of Bhagavanpura.
In the Sutta Nipáta (vs. 683) it is stated that the Buddha was born in a village of the Sákyans in the Lumbineyya Janapada. The Buddha stayed in Lumbinívana during his visit to Devadaha and there preached the Devadaha Sutta.
Lumbini, as of 1997, is a UNESCO World Heritage Site specifically nominated for the international World Heritage program. 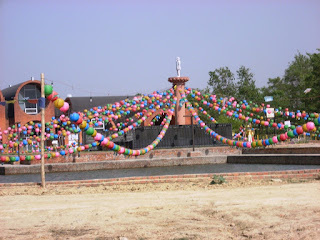 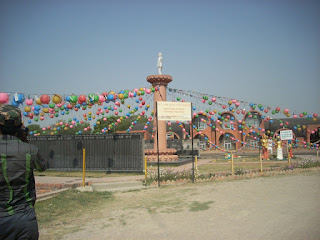 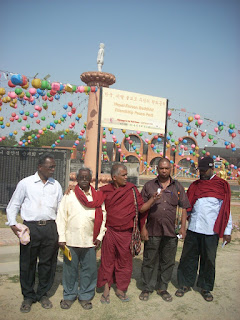 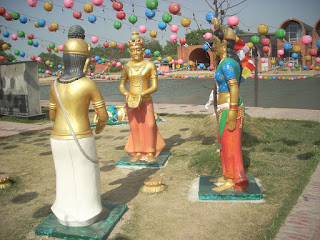 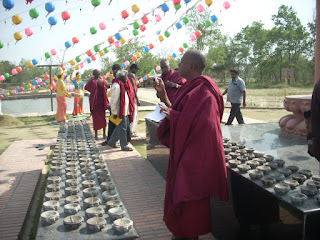 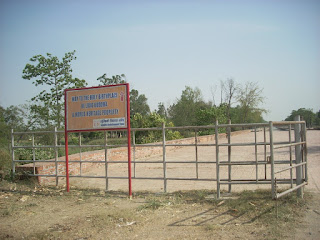 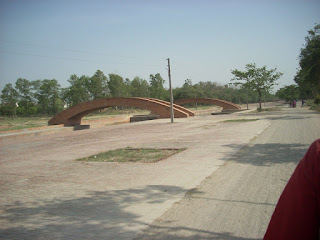 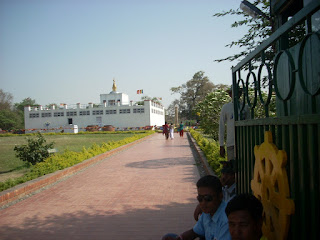 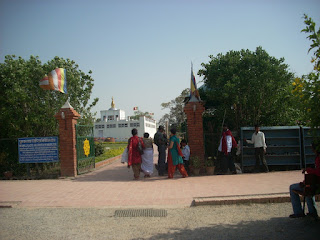 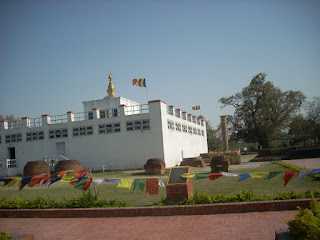 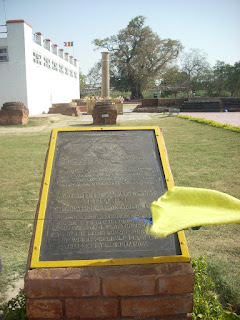 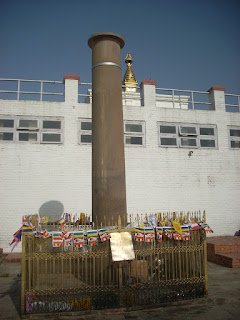 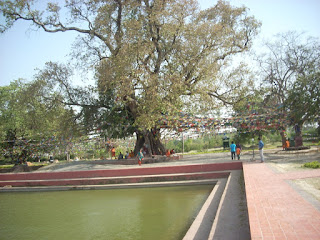 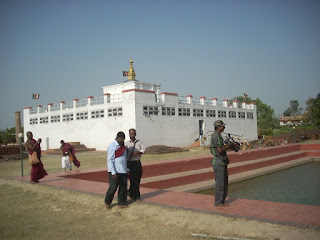 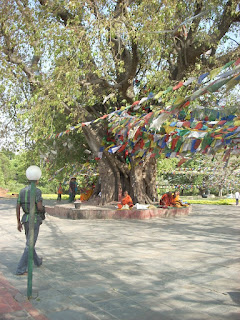 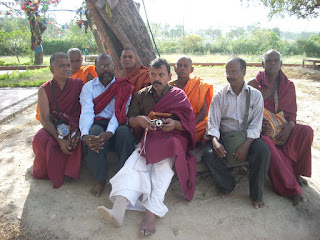 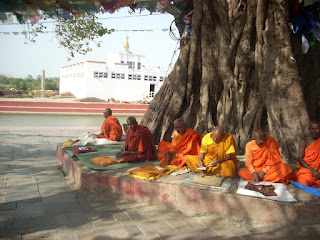 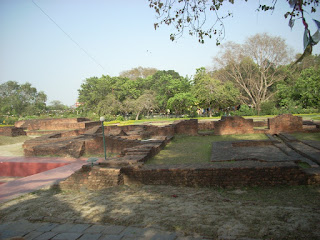 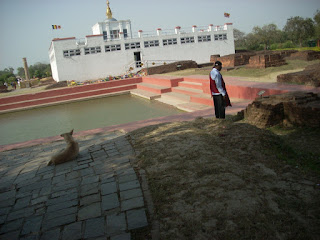 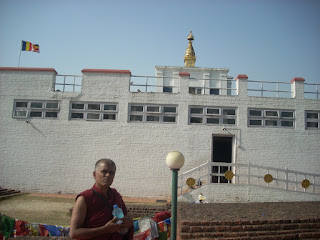 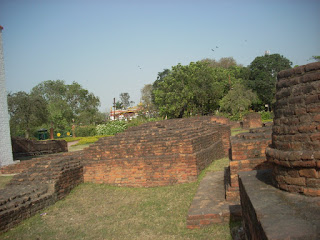 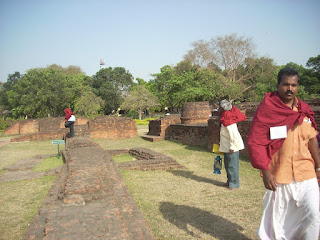 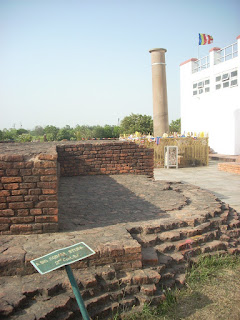 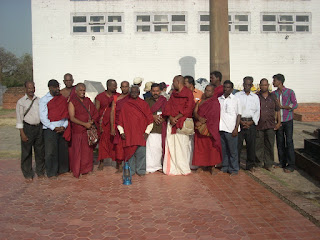 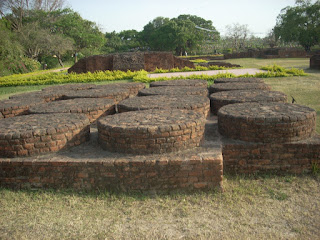 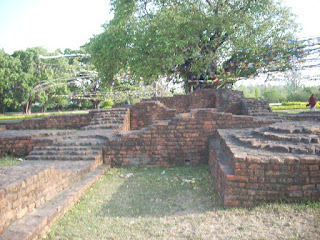 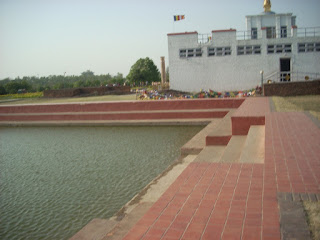