Vaiśālī was the capital of the vibrant republican Licchavi state. In that period, Vaiśālī was an ancient metropolis and the capital city of the republic of the Vaiśālī state, which covered most of the Himalayan Gangetic region of present-day Bihar state, India. However, very little is known about the early history of Vaiśālī.
Gautama Buddha delivered his last sermon at Vaiśālī and announced his Parinirvana there. Vaiśālī is also renowned as the land of Ambapali (also spelled as Amrapali), the great Indian courtesan, who appears in many folktales, as well as in Buddhist literature. Ambapali became a disciple of Buddha.
A small part of the Buddha's relics found in Vaiśālī have been enshrined in the foundation and in the chhatra of the Stupa.
Near the coronation tank is Stupa 1 or the Relic Stupa. Here the Lichchavis reverentially encased one of the eight portions of the Master's relics, which they received after the Mahaparinirvana. After his last discourse the Awakened One set out for Kushinagar, but the Licchavis kept following him. Buddha gave them his alms bowl but they still refused to return. The Master created an illusion of a river in spate which compelled them to go back. This site can be identified with Deora in modern Kesariya village, where Ashoka later built a stupa. Ānanda, the favourite disciple of the Buddha, attained Nirvana in the midst of the Ganges outside Vaiśālī
The Buddha first visited Vaiśālī in the fifth year after his Enlightenment, and spent the rainy season there. The Buddhist Theravada Commentaries give detailed descriptions of the circumstances of this visit.[14] Vesāai was inhabited by seven thousand and seven rajas, each of whom had large retinues, many palaces and pleasure parks. There came a shortage in the food supply owing to drought, and people died in large numbers. The smell of decaying bodies attracted evil spirits, and many inhabitants were attacked by intestinal disease. The people complained to the ruling prince, and he convoked a general assembly, where it was decided, after much discussion, to invite the Buddha to their city. As the Buddha was then at Veluvana in Rājagṛha, the Licchavi Mahāli, friend of King Bimbisara and son of the chaplain of Vesali, was sent to Bimbisara with a request that he should persuade the Buddha to go to Vaiśālī.

Bimbisāra referred him to the Buddha himself, who, after listening to Mahāli's story, agreed to go. The Buddha started on the journey with five hundred monks. Bimbisāra decorated the route from Rājagṛha to the Ganges, a distance of five leagues, and provided all comforts on the way. He accompanied the Buddha, and the Ganges was reached in five days. Boats, decked with great splendour, were ready for the Buddha and his monks, and we are told that Bimbisāra followed the Buddha into the water up to his neck. The Buddha was received on the opposite bank by the Licchavis, with even greater honour than Bimbisāra had shown him. As soon as the Buddha set foot in the Vajjian territory, there was a thunderstorm and rain fell in torrents. The distance from the Ganges to Vaiśālī was three leagues; as the Buddha approached Vaiśālī, Sakka came to greet him, and, at the sight of the devas, all the evil spirits fled in fear. In the evening the Buddha taught Ānanda the Ratana Sutta, and ordered that it should be recited within the three walls of the city, the round of the city being made with the Licchavi princes. This Ānanda did during the three watches of the night, and all the pestilences of the citizens disappeared. The Buddha himself recited the Ratana Sutta to the assembled people, and eighty four thousand beings were converted. After repeating this for seven consecutive days, the Buddha left Vaiśālī. (According to the DhA. account the Buddha stayed only seven days in Vaiśālī; KhA. says two weeks). The Licchavis accompanied him to the Ganges with redoubled honours, and, in the river itself, Devas and Nāgas vied with each other in paying him honour. On the farther bank, Bimbisāra awaited his arrival and conducted him back to Rājagṛha. 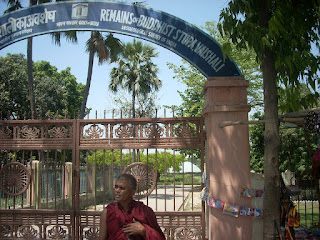 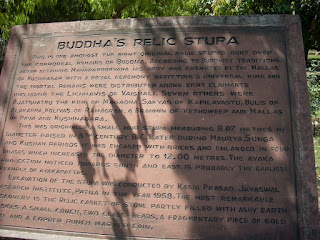 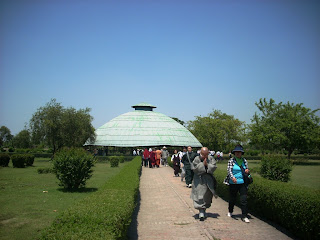 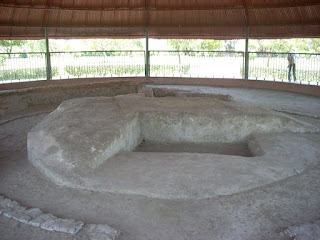 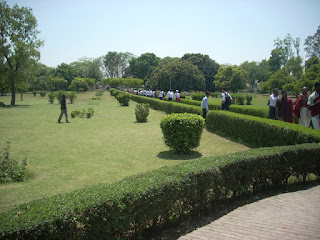 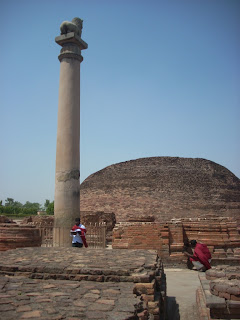 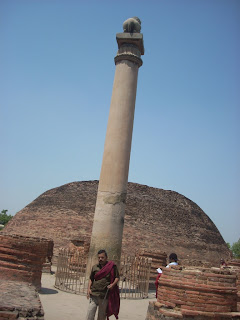 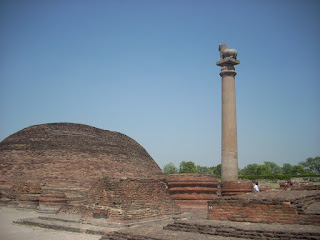 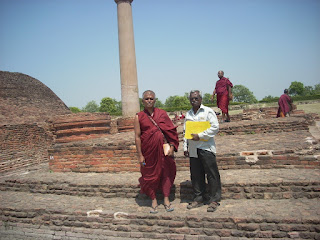 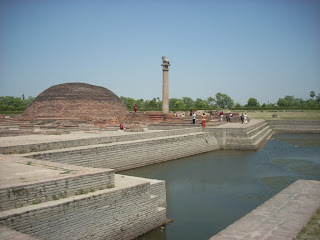 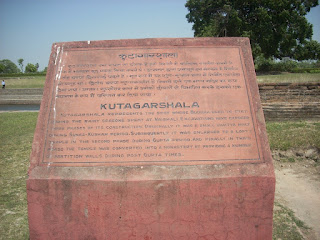 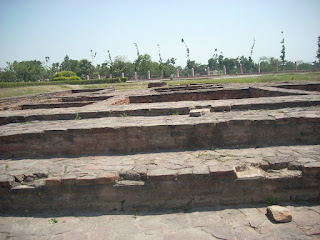 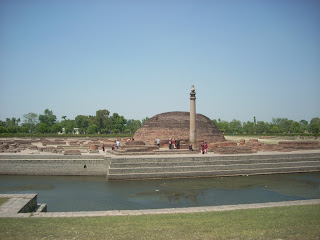 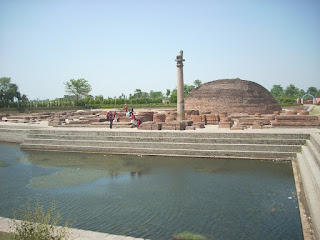 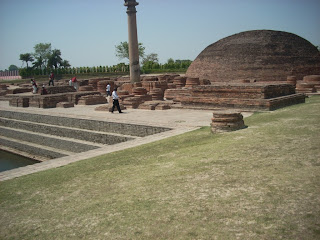 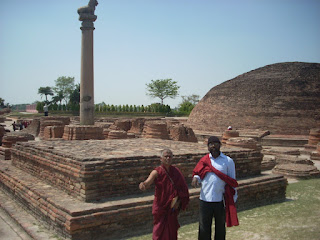 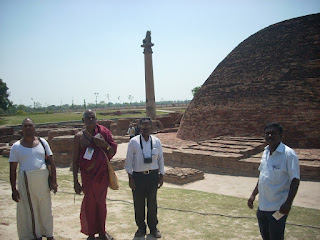