Security stepped up in Lumbini, other Buddhist centres

Kathmandu, Nepal -- Nepal has stepped up security in Lumbini, the birth place of Lord Buddha, with security personnel frisking every tourist entering the shrine, nearly a week after a terror attack on the Mahabodhi temple in India. 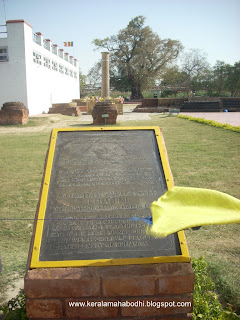 An emergency meeting of the Lumbini Development Trust held on Thursday decided to step up the security for immediate and long-term purposes in Lumbini which is enlisted in the World Heritage Site of the UNESCO.
Lumbini, where only a few policemen were deployed earlier, is now guarded by a team of additional 30 policemen under the command of a Police Inspector, according to officials.
Armed Police Force personnel have been mobilised in the shrine to avert any untoward incident, the police said.
Special security arrangements have been made in the area while in some border areas and checkpoints more security personnel have been mobilised in plain clothes.
Besides Lumbini, Kapilvastu, Ramgram and other places with Buddhist links have been put under high security watch, according to officials at the Lumbini Development Trust, the nodal organisation to manage the affairs of Lumbini.
Each and every tourist is checked thoroughly before being allowed to enter the shrine in view of the recent security issues.
Even the internal security of the main temple of the area has been stepped up, according to the Trust officials.
Special security has been arranged for Maya Devi Temple in Lumbini.
On Sunday, a string of 10 low intensity bombs rocked the temple town of Bodhgaya in Bihar in which two monks were injured.
SOURSE: BUDDHSIT CHANNEL
Posted by HARIDAS BODH at 12:21 AM